Passport to the North 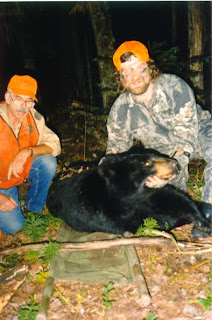 Graduation ceremonies are all but over, caps have been tossed into the air, and high school and college graduates embark on their life journeys to their own paths of success. Along the way, some even partake in the "hunting trip of a lifetime" as their graduation gift of choice. Many travel to the far reaches of Canada in search of monster black bruins. Here it is June already, yet "spring" bear season is alive and well in the far north of New Brunswick, Canada. Up until a month ago, American hunters could cross the Canadian border without a passport but times have drastically changed thanks to unknown terrorist enemies wishing to destroy our way of life.

In less than a week, I will be traveling to Kelly's Sporting Lodge in the heart of New Brunswick, Canada to film a bear hunt with my good freind Bob Walker and his outdoor television show Sportsmen's Outdoor Strategies. Much to my dismay, I realized at the last moment that my own passport had expired- requiring me to scramble for a renewel. In order to prevent any confusion with the process of obtaining a new passport or renewing an old one, I thought I would write this week's blog as a simple guide to help hunters through the entire process of getting a U.S. passport.

The first step is to obtain the necessary paperwork. These forms can be obtained at most local post offices or can be printed out and/or filed online with the Department of State at their web site( http://travel.state.gov/index.html ). If you are filing for a new passport, you will need to use form DS-11. When filing for a renewel, you will need to use form DS-82. It is a fairly simple process of filling in the blanks with the appropriate information and submitting the required documentation- including two passport photos that can be taken at most post offices that carry passport application forms. The toughest part of getting your passport might be locating your own original birth certificate or an acceptable replacement that has an official notary seal to submit as proof of your Amercian citizenship.

Not to long ago, applying for a U.S. passport was a long and tedious process that would sometimes take up to several months before you would see your little blue book as proof of American citizenship. Thanks to modern technology and the ability to file online, these expedited services can help you get your passport in as little time as two weeks- of course for an additional fee. As I write this article, I patiently await the return of my own passport renewel through the services of A Briggs Passport & Visa Expeditors( http://www.abriggs.com/passports/new_passport.php ).

By following the directions listed with each application form, obtaining your passport will allow you to travel to those far away Canadian provinces, Mexico, or even Africa for that matter - in pursuit of big game or other exotic adventures.

Hopefully, all of my own papers will be in order, my new passport will be received and next week's article will cover what YOU should pack to participate in a Canadian spring bear hunt.
Posted by Denny Snyder at 10:04 AM 1 comment:

Magnet Gun Caddy is a portable magnetic gun rack that acts like an extra hand- but much smaller than your fist. The Magnet Gun Caddy conveniently holds your gun when you need to temporarily set it down and also holds just about any long barrel gun upright against your car (or your gun-safe when you are opening and closing the door). The patent-pending design makes it possible to secure and remove your gun from the holder with just one hand. Magnet Gun Caddy protects your gun and your car and is small enough to fit in your pocket - making it truly portable and easy to store.

“We are always looking to find new and innovative products to introduce to our viewers and I am happy to be one of the first companies to feature Magnet Gun Caddy on our show USA Outback” says host Denny Snyder. Snyder adds- “The Magnet Gun Caddy is one of those products that when you see it and use it, you just say to yourself what a great idea- why didn’t I think of that.”

Whether you are getting ready to begin your hunt, just taking a break to water your dogs, or returning from a rewarding experience in the field, the Magnet Gun Caddy provides a fast and convenient way to rest your gun. Remember, NEVER use the Magnet Gun Caddy with a loaded gun.

Next to our dogs, our guns and cars are our most important (and expensive) hunting assets. For around $10 you can protect both! The Magnet Gun Caddy is so affordable you may as well purchase a few extra for when your hunting buddies are riding in your car. You'll gain additional peace of mind knowing their guns (and your car) are safely secured. It’s a smart investment. Plus you and your friends will all benefit from the convenience, and maybe even enjoy, a little more, the sport we all love. Look for the Magnet Gun Caddy on new shows of USA Outback coming this fall.

Contact Magnet Gun Caddy by calling toll free at 866-226-9123 or visit them on the web at www.magnetguncaddy.com. the ultimate portable gun rack.
Posted by Denny Snyder at 7:28 AM No comments: 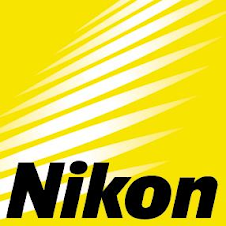 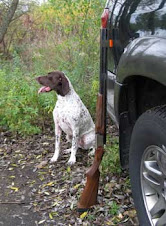 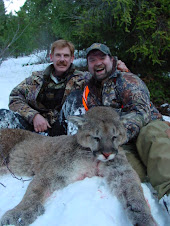